Man is a social animal who has always lived gregariously with other humans. In fact, society is indispensable to man. He could not have developed without it—physically, culturally or intellectually. His social environment—right from traditions and customs passed on from his ancestors to the nuances of modern-day living—influences his way of life and relationships with other human beings. Certain customs even help to forge stronger bonds. As Robert A Heinlein wrote in his book Citizen of the Galaxy­, “Customs tell a man who he is, where he belongs, what he must do. Better illogical customs than none; men cannot live together without them.”

Interestingly, at a larger scale, customs and traditions make our world a diverse place. Customs, which might be the norm in one part of the world, might seem amusing and sometimes even downright bizarre to folks in another part of the world. In this article Soulveda lists five such lesser-known customs from around the world.

In the Malagasy culture of Madagascar, once in every few years, families show adoration for their ancestors by exhuming them from their burial ground and conducting festivities exclusively for them. The dead are usually adorned in silk, sprayed with perfume, and brought out for community festivities. 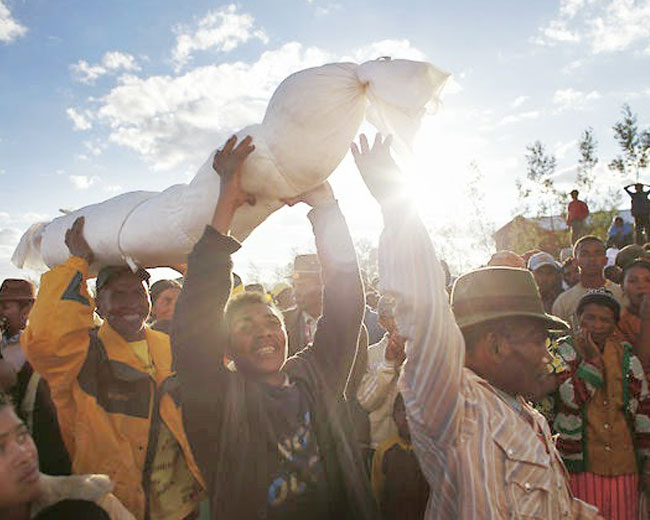 This custom is based on the belief that the spirits of the dead join the world of ancestors only after the body has completely decomposed. Since decomposition might take several years, the dead are exhumed every now and then and given a chance to enjoy the earthly life until they unite with the ancestral spirit. While this custom may repulse some, it is done purely out of love. The Malagasy people believe it gives them a chance to remember their dead loved ones and spend time with them every now and then.

An old German adage goes “shards bring luck”. Incidentally, this adage is what Polterabend, a pre-wedding ceremony in Germany is all about. This ritual takes place at the bride’s home wherein guests turn up with breakable objects. They then purposely drop these fragile items on the floor and shatter them to pieces. Mostly, objects made of porcelain, stoneware, or ceramic are broken to bring good luck to the bride and groom. However, glasses and mirrors are left intact for they are said to symbolise happiness (and breaking them supposedly brings bad luck). 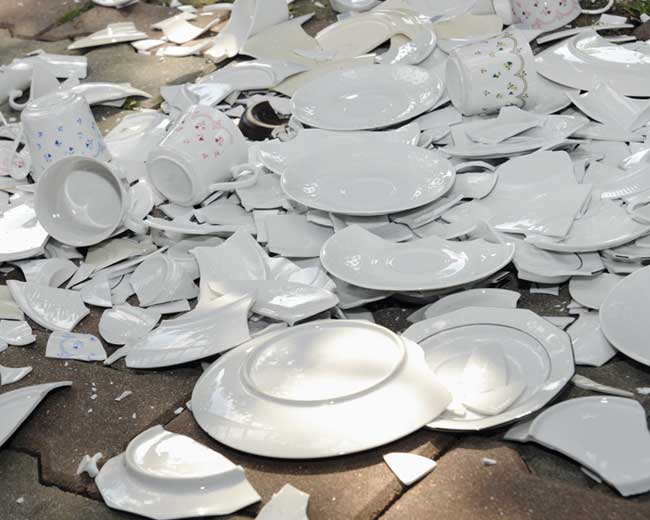 An interesting twist to the Polterabend ceremony is that the couple must thereafter clean up the pile of shards left behind by their guests. According to local legend, the shards represent difficulties which life could bring, and the clean-up activity is symbolic of a harmonious resolution of problems.

Christmas in most parts of the world is associated with Santa Claus rewarding children with their much-awaited gifts. However, in Austria and Bavaria,  Santa has a counterpart. Krampus, as he is called, is an anthropomorphic creature with pointed horns and a slithery tongue, resembling half-goat and half-man. According to local legends, while Santa rewards good children, the Krampus locks away the naughty ones in the underworld. 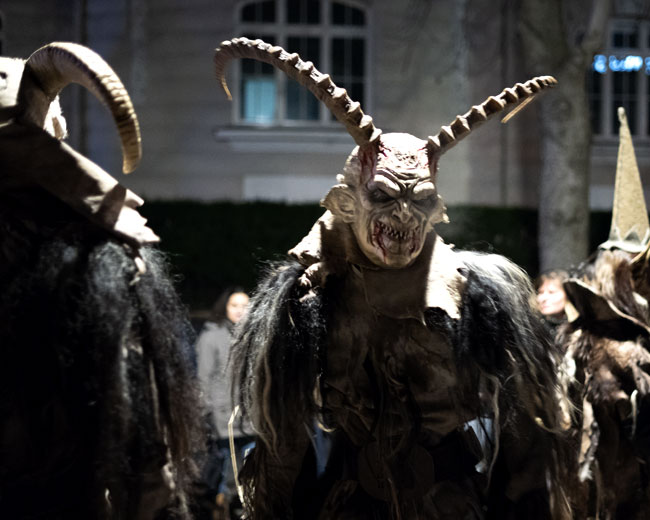 Alpine Europe celebrates Krampusnacht on December 5. On this day, people don masks and run about the streets impersonating the Krampus. And children, frightened of the free-roaming Krampus, promise to behave well the following year.

Every year, the monkeys living in and around the ancient temple of Phra Prang Sam Yot in Lopburi, Thailand, are treated to an elaborate buffet wherein they get to feast on tons of fruits, nuts, and vegetables. In fact, customarily, residents lure these primates to attend the festival with the help of candies, and even chefs prepare an exclusive menu consisting of sticky white rice, fruit salad, and a traditional Thai dessert called Thong yod for the attendees. This custom certainly brings out the generous side of humans. 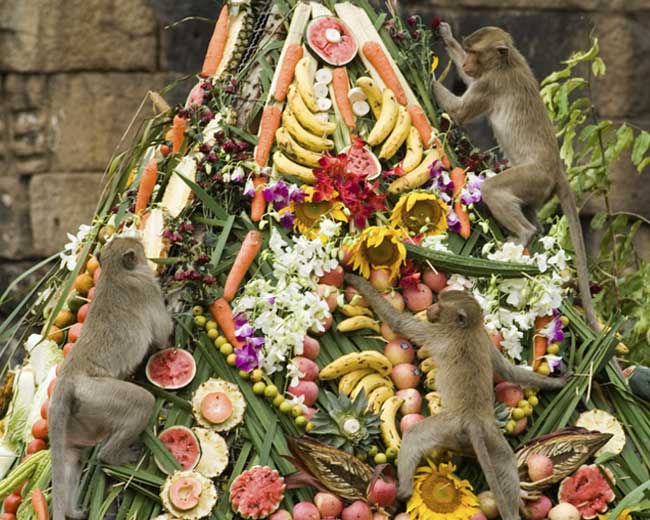 According to a legend, the monkey buffet festival has its roots in the Hindu epic Ramayana. In the mythological story, Hanuman, a monkey warrior, helps Lord Rama rescue his wife Sita from the evil demon Ravana. Later, Hanuman supposedly settled down in Lopburi. Thus, the local people believe that the monkeys in and around the temple are Hanuman’s descendants and treat them with reverence and gratitude.

Thaipusam is a custom that is religiously followed by the Hindu Tamils in honour of god Murugan—the Hindu god of war. During this festival, devotees pull heavy burdens (called kavadi) and mutilate their faces and bodies, piercing 108 small spears and skewers. The sight of devotees in a state of ecstatic trance despite their bodies pierced with skewers and hooks can be disturbing but it is common during the festival. 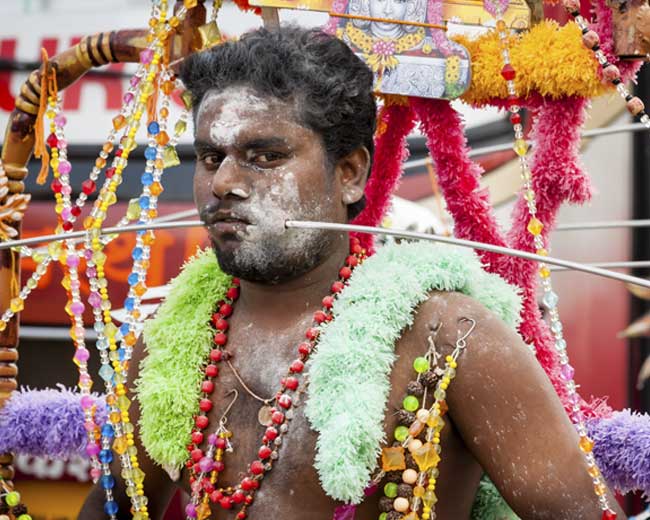 A seemingly self-torturous custom, Thaipusam is not for the weak-hearted. Interestingly though, worshippers who have their bodies pierced with sharp objects hardly bleed. They are said to be elevated to high levels of spiritual consciousness where they seldom feel pain either. In fact, many worshippers claim that their wounds heal immediately, and there are no resultant scars. They claim it is their immense faith in the Divine being that protects them from any harm.