A family of four became five with the addition of a newborn baby. Needless to say, the parents’ joy went through the roof as their family was now complete, with three adorable children to love and raise. Everyone was elated, except the older sister. She was having a hard time accepting the change, ever since the birth of her first brother. Even though the parents loved all the children unconditionally, the sudden shift in their attention and focus left her worried and stressed. With the arrival of the second brother, she lost all hope. She was convinced, the love, attention, and care she once received, were now things of the past.

Days went by fast. Weeks turned into months, and with time, the baby became louder and the sister quieter. The surprising thing was the parents’ were oblivious to the change in their daughter’s attitude. They failed to see the lingering sadness behind her big, beautiful eyes. Perhaps because, like many others, they never imagined dogs can get depressed too. As pet parents, humans have come a long way in treating their pets similar to their own children. But, despite their compassion, people still know little about their precious fur babies, especially when it comes to their psychological issues like stress.

Even in humans, it is difficult to discern stress. It is a faceless enemy that remains hidden unless one chooses to voice their issues. But humans have the freedom to seek help anytime they want. Dogs and cats, on the other hand, are voiceless creatures who bark or purr for every emotion they feel—happiness, anger, fear, love. It makes things even more difficult and critical for parents, as stress in pets can become harmful if left unaddressed. So, what can they do to help their fur babies recover?

The road to recovery starts when parents switch from looking to observing their fur babies’ behaviour, because that’s where all the answers lie. Pets’ behaviour and their body language are the only means to bridge the communication gap between them and us. One thing researchers have found is commonality in reasons that trigger stress in cats and dogs. Dr Rachel Barrack, a veterinarian from New York City who has practised in western medicine and ancient Chinese healing arts, believes the mental issues of dogs and cats can be a result of a major life change including moving to a new home, addition of a new member in a family, loss of a companion, changes to their typical routine, or a traumatic event like death. In such events, a dog or a cat may start acting different, which could be symptoms of restlessness or something more critical like stress. Let’s take a look at the symptoms of stress in dogs and cats, which pet parents need to be mindful of: 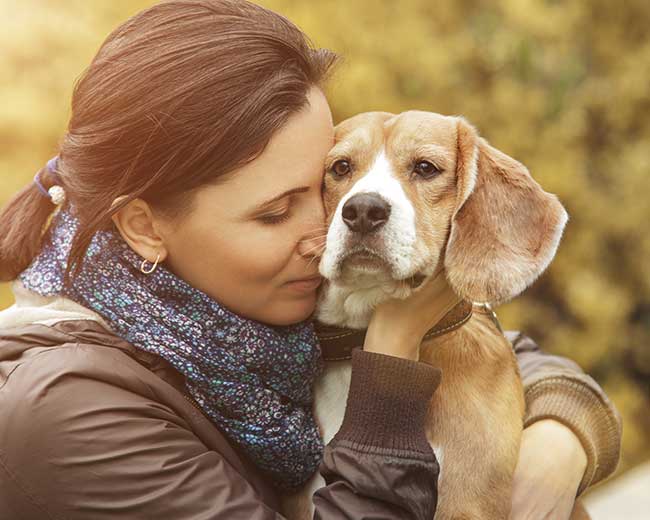 If your pet spends more time than usual under a table, sofa, or any place that is their ‘resting spot’, chances are they are not their usual self. They may look idle from outside, but it could be stress if they are unresponsive to their name or any gestures. They will show no interest in their walks or playing catch—things that would normally get them jumpy and excited.

Loss of complete appetite in pets is called anorexia and anorexia nervosa in the case of humans. Just like us, pets can get anorexia because of excessive stress and depression. The reasons to refuse food can vary from unfamiliar surroundings to the sudden disappearance of a family member. Whatever the cause may be, they will refuse to eat, even if it’s their favourite treat. They can continue to eat nothing for days together that could lead to serious health issues.

Newfound aggression in pets is a big red flag of stress—aggression from which no one is spared. They will bark or hiss at almost everyone, whether it is your friendly neighbour or your spouse who used to be greeted with a wagging tail or with a straight and slightly twitched tail, in case of cats. Unaware of the underlying issues, people try to pacify their pets by giving them a treat, tying them in the backyard, or raising their voices, which in fact, make things even worse. Such display of aggression is often accompanied with disobedience as well.

Internet is filled with pictures of pets licking their paws or chewing a toy. Such a ‘lost-in-thought’ moment makes for a good selfie. But many pet parents don’t realise the psychological implications behind their pets’ excessive licking or chewing. Similar to nail-biting in humans, pets lick or chew to soothe their anxieties and nervousness. They lick the same area or object repeatedly to relieve stress due to separation or fear. 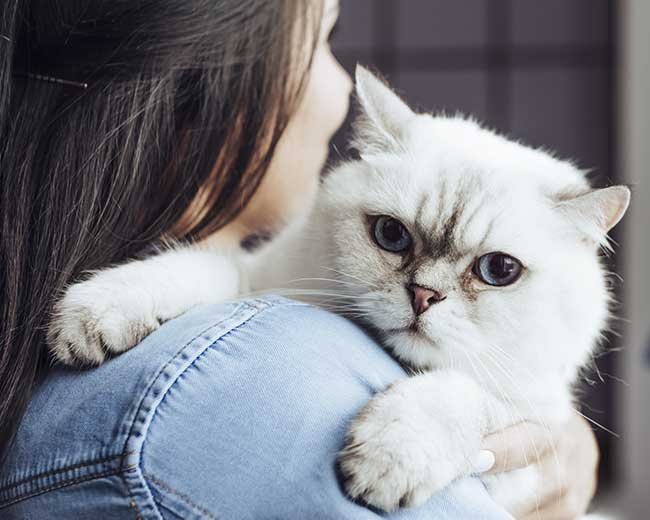 Howling and yowling when separated

When stressed, dogs howl and cats yowl, especially when their pet-parent is not around. It is another symptom of separation-anxiety in pets that leads to restlessness and loss of appetite. Just like human babies, fur babies become stressed if their parents are away for too long. They start howling and yowling, which can continue throughout the day and night depending on their personalities.

Many dogs and cats act shy from time-to-time, on the basis of their moods or the surroundings. But more often than not, their shyness is temporary, unless they are stressed. That’s when they remain hidden for a better part of the day to avoid interacting with humans. Even if it’s their playtime, stressed pets will remain out of sight and curled-up to evade physical activities. And if someone attempts to caress them, the pets may get aggressive or relocate to a new spot to continue spending time in isolation.

Excessive urination inside the house

Dogs and cats often relieve themselves at home or in their litter box when pet parents miss taking them for their walks. But when pets begin to urinate at every corner they can find—the bedroom, kitchen, living room—it could be because they are stressed. Pets mark their territories inside to cover the scent of a parent who hasn’t been home for quite some time. Dogs and cats may also resort to marking territories out of stress when a new pet is brought home.

Dogs and cats are a lot like humans when it comes to emotions. Perhaps, that is why they get along so well with us. Only if they had a voice, it would have been easier to identify and address their mental issues too. But that’s just wishful thinking. However, if pet parents are just a tad more observant of sudden changes in body language or mindful of unusual behaviours they can pick up the cues to consult a veterinarian immediately. Remember, stress, is an invisible killer, as much for humans as their furry babies. So, it’s imperative to pay close attention to these voiceless pets to prevent any fatality.